1. THE DITCH is in an area that slopes down to our southern neighbour’s property. This natural shape in the land allowed a watercourse to develop that not only carried the soil away from  our side but also was gouging out a channel on the other side down to the river. 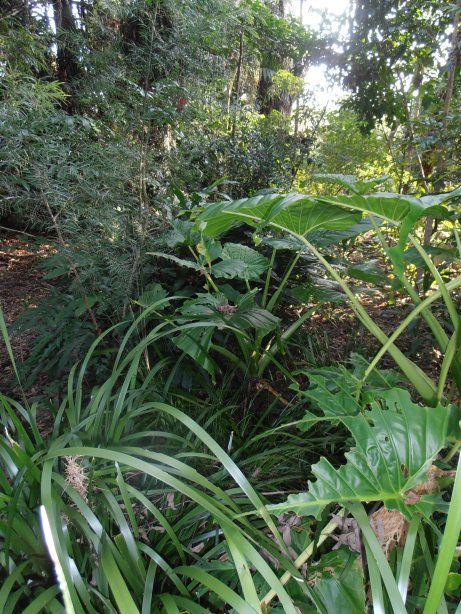 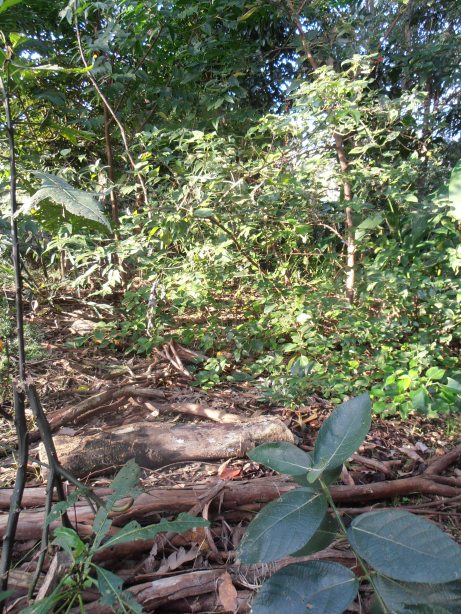 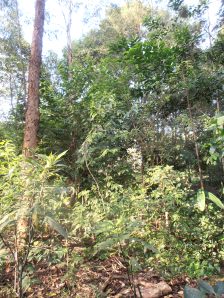 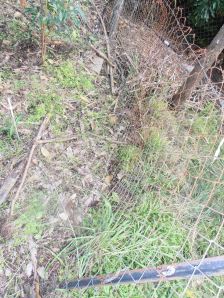 2. THE GULLY
Although the next diagram is simplistic it shows the basic problem of erosion that had developed in the side paddock where the run-0ff after rain was so strong – the neighbour’s property to the north is higher was well as the ridge inside the paddock – that it had created a deep gully leading down to the river. This in turn became a natural inlet to flood waters and as the water subsided it dragged away even more soil.

The erosion in the next photo shows the degree of erosion  that had taken place over the years. It shows one of the bowls that were gouged out of the gully  probably with the most recent deterioration occurring in the 1974 flood. Without the roots of the eucalyptus tereticornis (on the right) and the roots of the old olive tree (on the left) the bowl of land  would have totally collapsed. 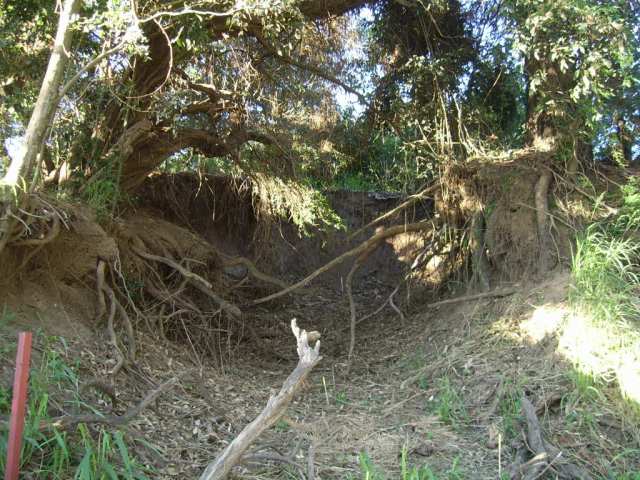 If you are interested in the erosion that resulted from the 2011 floods and the measures that were taken to stabilise the riverbank and hopefully prevent further erosion in the case of another flood then please refer on the Menu to Wildlife and the subsidiary Land For Wildlife page and scroll down to Assistance with erosion after the flood where there is a description and photos of the steps that were taken.