like the Moreton Bay (Ficus macrophylla) in appearance… but

NOTE WELL: This fig in Queensland is different to the Port Jackson Rusty Fig which occurs in NSW where it has a rusty-red (rubiginosa) colour underneath the leaf. In the past it has also been known as Ficus platypoda – Rock Fig (GW). It has also been known as Ficus obliqua – Small-leaved Fig (FGAT). Ficus rubiginosa in SE Qld was previously known as Ficus platypoda or Ficus obliqua var. petiolaris. It is a hairless form of Rock Fig / Port Jackson Fig / Rusty Fig. (Trees and Shrubs in Rainforest of New South Wales and southern Queensland [Williams, Harden & McDonald 1984] – also known as The Red Book – TRB). The website http://www.davidmcminn.com/ngc/pages/nativefigs.htm confirms this.

To our way of thinking it deserves the title:
The Mighty Virens 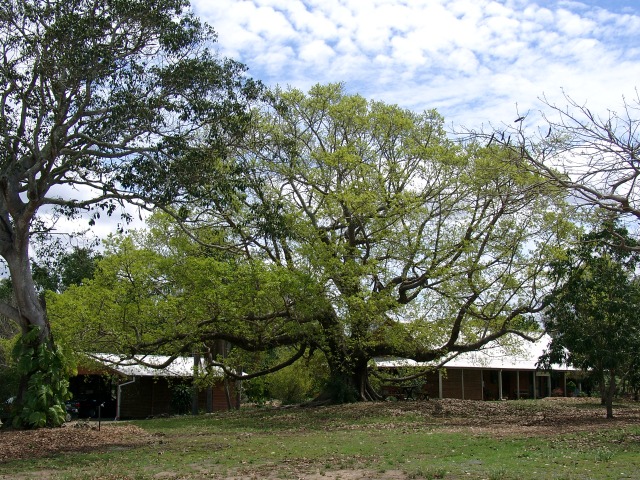 1 Response to The five glossy-leaved figs native to Moggill